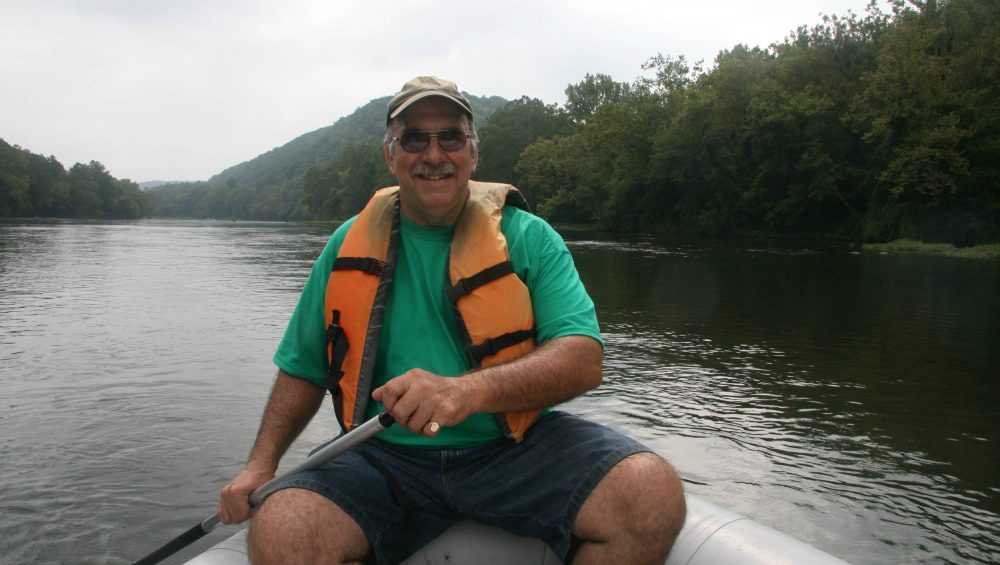 To increase awareness of the activities of our dedicated Conservation Police Officers, previously called game wardens, the “Virginia Conservation Police Notebook” provides an overview of the variety of activities encountered by our officers who protect natural resources and people pursuing outdoor recreation in the fields, woods and waters of Virginia.

Illegal out of state tire dumpers caught by citizens tip. For the last 2 years Conservation Police Officer Frank Gough has been conducting an investigation on illegal tire dumping in the Shumate area of the New River in Giles County.

During the summer of 2007, Gough received additional information from a resident who had observed vehicles transport tires into the same area. In January, Gough received a call reference to a vehicle entering the Shumate area with a load of tires in the truck bed. Gough responded and located fresh vehicle tracks leaving the main road headed toward the river where Gough had located a tire dump site before. Gough blocked the exit road from the river and conducted a foot patrol where he located the vehicle loaded with tires parked by the existing dump site along the river. Gough conducted surveillance on the vehicle for approximately 2 hours until the subjects returned to the vehicle. The subjects appeared to be leaving without dumping the tires. Gough stopped the vehicle and interviewed the subjects. Both individuals resided in Princeton, West Virginia and have been unemployed for a lengthy period. Both admitted that they came there to dump the load of 22 tires but observed Gough when he first drove into the area. They admitted dumping tires in the Shumate area at least once a month for the last two years. They said that they had dumped a total of approximately 450 tires during that time span. The subjects would pick up a load of tires from truck stops and gas stations in West Virginia where they were paid two dollars to four dollars per tire. One of the subjects stated that he learned how to do this from his father who had been doing it for years. A marijuana pipe was also seized from one of the subjects. The investigation will be ongoing for additional violations by local tire businesses in West Virginia. Charges are pending. For more information contact Lt. Rex Hill (276) 783-4860.